Tips on How to Grow Your Business Online

By launching iPhone X, Apple has broken all the barriers, making it even more challenging for app developers to design apps because it doesn’t coincide with the features of older iPhones, be it outer looks or the design. The typical rectangular shape has almost gone and it has been substituted with edge-to-edge screen and round corners, which literally gives it a killer look. In addition, it also replaced the older home screen with virtual home indicator.

When it comes to mobile app development, the main question arises is how will be the apps designed for iPhone X. Here’s the most important aspect of app development for this future-ready phone.

IPhone has larger screen with up to 20% larger vertical real estate. Obviously, it has higher resolution which will affect its design.  Well, developers can design edge-to-edge apps. The whole iPhone has glass to improve space utility. You may use margins and white space. The app developers should also focus on the layouts and fill the screen. Don’t forget that the round edges don’t overshadow the content while accessing the screen.

When iPhone X was launched, Apple also launched a new font “San Francisco”, as default font. San Francisco Compact is the font used in Apple Watches. Both of the fonts are same with different designs. Apple suggests app developers to use SF Pro Text with size 19 or smaller and SF Pro Display with size 20 or larger. OS can adjust the size of font automatically if developer uses San Francisco font.

iPhone X gets the upper edge in this vibrant and colorful feature. With new color management, developer is free for right color changes on the screen. Users can easily differentiate different colors added. You can also have 6-channel light sensor to manage the black and white balance and determine the temperature of color as per the lighting conditions and surroundings.

As app development for iPhone X is a whole new zone for an app developer, he would love to have some help and support from Apple. Xcode is a helping hand for a developer to preview the app. It saves a lot of time to detect various errors during the design process.

iPhone X has got excellent high resolution screen that is an eye candy for users but a challenge for app developers. It has around 3x scalable factor and 1125x2436p of resolution. So, the app you want to create should be resolution free, for example PDFs and other artworks. Developers also need to have both 2x and 3x versions.

Also consider the importance of interface or layout design. You need to provide the maximum benefits to the user with full-screen experience. If the app is using Auto Layout, it should completely support iPhone X.

Along with various surprises iPhone X brought to the world, 3D touch interaction is no exception. It provides additional access to the features where users need to put different types of pressure. The apps show a set of menu and also play animation. On app icons, the pressure allows it to perform certain tasks rapidly that should be carried out. For example, Camera icon can record videos, take selfies, and also take snaps in normal or slow motions. So, it is important to develop fast action apps to do certain tasks rapidly. But it should be avoided for easy navigations or notifications. 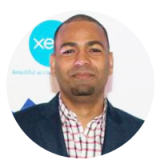